A look at the people and places poised to welcome us back!

See why travel matters.
By Marika Cain
Widespread under tourism brought on by the pandemic has affected the 330 million people worldwide who rely on tourism for their livelihoods.
According to the World Travel & Tourism Council, an estimated 197 million travel- and tourism-related jobs were lost in 2020. In destinations across Africa, for example, the pandemic has been trying for those who earn their living from travelers on safari. The Taj Mahal in Agra saw up to 70,000 visitors per day pre-pandemic; a reopening last September capped that number at just 5,000. And in Rio de Janeiro, the city has postponed its 2021 Carnaval parade, an event that generated $725 million in 2020, much of that from tourism.
Travel and tourism generated 10.3 percent of the global GDP in 2019, according to the World Travel & Tourism Council. The industry is a powerful driver for employment of women and minorities especially. With approximately 1 in 10 people worldwide employed in travel-related fields, it’s become more evident that while travel is not only personally transformative, when done right, it can change the lives of so many others too. The world is waiting, and these are the people and places ready to welcome us back.

Alberto Pizzoli/AFP/Getty Images
Italy. A gondolier awaits customers in an unusually quiet Venice, a destination once in danger of being loved to death by travelers. The pandemic has prompted some to rethink the city’s approach to tourism, which brings in an estimated $3.3 billion annually and directly employs about half its residents. 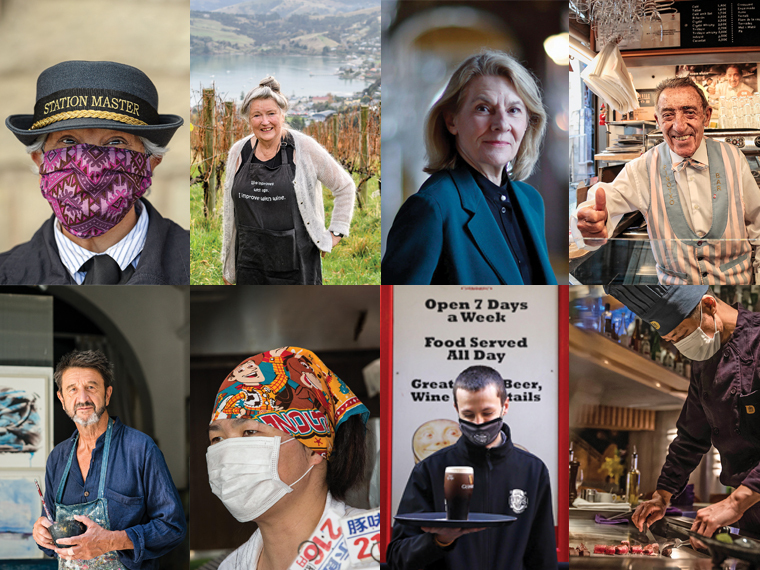 Clockwise from top left: Getty Images, Getty Images, Alamy, Getty Images, Getty Images, Alamy, Alamy, Susan Wright
These people represent just a fraction of the citizens around the globe whose livelihood depends on travel and tourism.
Top row, from left: England. Stationmaster Chandra Law stands on the platform of East Lancashire Railway’s Ramsbottom Station in northern England. New Zealand. Meniscus Wines in Akaroa relies heavily on cruise-ship passengers for business. Co-owner Gay Epstein, pictured here, closed the winery early for the season in 2020. France. Catherine Pégard, president of the Château de Versailles, poses in the Hall of Mirrors. The popular historic site has closed intermittently during the pandemic. Spain. Joan Bayen of Bar Pinotxo, age 86, has worked for 70 years in Barcelona’s Boqueria Market. Catalonia is more reliant on tourism than any other area in Spain.
Bottom row, from left: Italy. Artist Sergio Biliotti in his Florence studio. Losses from the collapse of tourism to Italy in 2020 are estimated at $34 billion. Japan. A street vendor in Tokyo’s Tsukiji outer market. Ireland. A barman at The Bankers Bar in Dublin. Hong Kong. At Crown Super Deluxe restaurant, Covid restrictions curtailed hours and capacity. 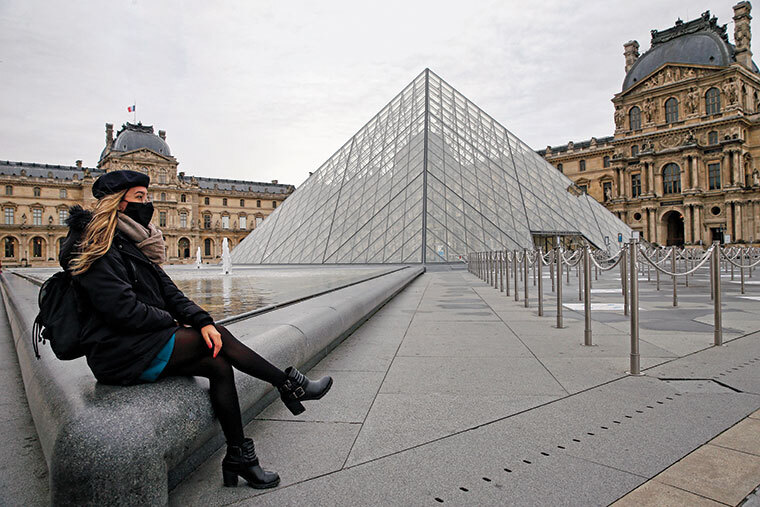 Chesnot/Getty Images
France. A woman sits outside the Louvre in Paris. The museum, along with scores of other French institutions, closed for the first time in March of last year as the pandemic began, and again in October in response to a second wave. 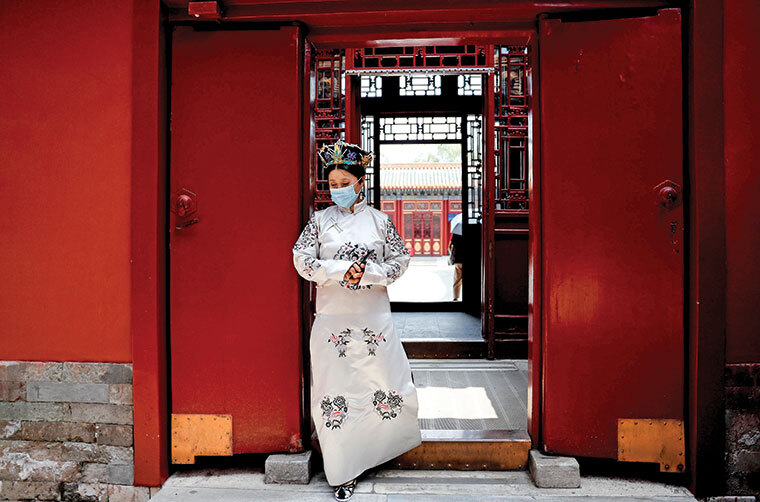